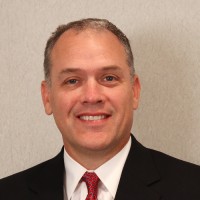 Manager, to our team. Doug has spent the past five years building the Digitalization team for Krones and has worked with us at PDA since the integration of our two companies. Having him on the PDA team full-time will benefit our clients greatly and we are thrilled to have him with us.

While at Krones, Doug was involved in every aspect of the Digitalization efforts, from pre-sales all the way through Post Go-Live support. Prior to Krones, he spent 12 years as an ERP Consultant/Project Manager with a software company (partnered with Sage Software) based in the Charlotte area. He oversaw projects including Financials, Manufacturing, Warehouse Automation, MRP, Point of Sale, Inventory Control, and Supply Chain Management. They did not have MES software, so making the move to Krones was an opportunity for growth.

PDA President, Jeremy Anderson shared, “Doug has been part of our extended workbench since our integration into the Network of Krones. His professionalism and client-first focus are a perfect fit with PDA’s culture.  While the extended workbench philosophy was good, having Doug as a direct employee is better as this allows for tighter control of projects that Doug will manage and provide him (and ultimately the customer) better access to our entire team.”

When asked what the driving force was for coming to PDA was, Doug replied, “The original plan was to build a Digitalization team within Krones, Inc, however the acquisition of PDA changed that approach overnight.  I was the lone person remaining in the KINC Digitalization group, so it just made sense to move over to the PDA side of the House of Krones. The vast majority of the MES projects and support that I have worked on in the past few years has been with PDA team members, so I felt very comfortable in making the move from a personal and professional standpoint.”

And what is Doug looking forward to most with PDA and transitioning from Krones?  “When I was hired by Krones, the only other person on the Digitalization team was a salesman.  Since we were a new group within Krones, they didn’t have a defined place on the organization chart for us, so they attached me to the New Machine Sales group alongside my counterpart salesman. Although I met a lot of great people and learned a lot about the sales process, I was always a fish out of water in the sales meetings, conferences, etc. simply because the work I was doing was so vastly different than the other members of the NMS group. By moving to PDA, I am now part of a team of like-minded people all driving in the same direction to get projects completed and satisfy our customers.”, Doug said.

We look forward to working with Doug and building a stronger team for our clients with his expertise.