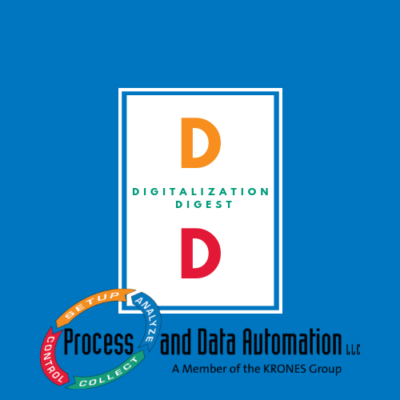 An energy drink manufacturer recognized the need for integrating features of a manufacturing execution system into its new production line.  After careful consideration Process and Data Automation (PDA) was hired to configure SitePilot Line Management (LM) to the new production line.  LM centralizes the coordination of the entire filling and packaging process – from the definition of the production route based on the order to the labeling of the pallets.  LM provides a continuous flow of information, from production planning right through to the order for the line and individual machine.  This addition adds a level of automation to the production line so that all the processes, for instance, entering orders online or printing services, are automated instead of having to be manual.  The addition would also effectively integrate the company’s business system and the new, fast canning line.  Furthermore, this addition would allow the alignment of orders dispatched from their ERP system to be produced on the new line, as well as assisting operators with transitioning through orders, correctly tagging the finished product, and relaying information back to the ERP system to maintain warehouse inventory.

While implementing LM, PDA found that communications between the line network and the internal network of the company, allowing movement of information back and forth, resulted in issues with the network traffic.  Other issues that confronted PDA arose with the printing, OEMs, and integration of printing and coding devices onto the line.  The company was integrating information from the mixing systems into the packaging line, and it became necessary for PDA to develop methods of reviewing expiration data.  This development allowed the identification of expired products and the operators were notified so that the production line could be stopped.  PDA was unaware of the methodology being followed by the company for this occurrence so that some interaction was developed by PDA.

The addition of Line Management also allowed items to be tracked through the production line.  PDA integrated into LM two other pieces of equipment that were on the production line.  Similar improvements to the existing production line were consistently undertaken by PDA.  For example, two features were introduced to provide more data for reporting the timing of batches and lot association.  It is felt by PDA that this activity demonstrated its capability to deliver above and beyond the original scope of the project.